After losing to Real Madrid 0-2 at home, Levante midfielder Bardi praised the opponent's goalkeeper Courtois in an interview. 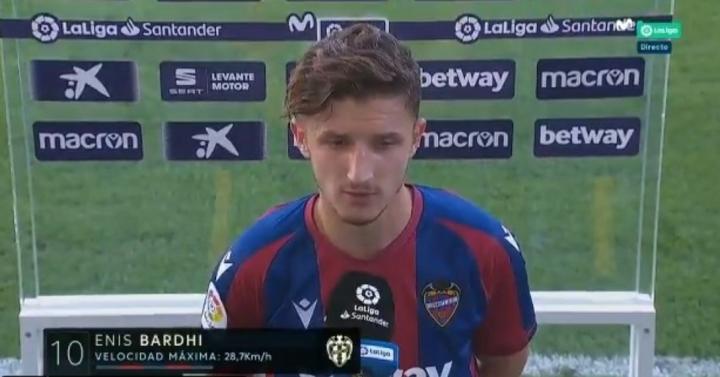 We know this is Real Madrid, and our performance is also very good. We played well at the beginning, but they can kill you with one chance. I am very satisfied with the work of the team. We played a good game. We had a chance. When the whole team was overwhelmed, there might be goals like Benzema.

When we found form in the middle, we were very threatening. We did it in the second half, but we failed to score and they seized their chance. No matter what, I can say that we are satisfied.

I had two or three chances, but I failed to score a goal. He was in very good form and made a wonderful save.

It's hard to prevent that kind of cooperation, because they are good at set kicks and we wanted to prevent their central defenders from grabbing points. As a result, Vinicius arrived and scored the ball.