In an interview with TalkSPORT, Wilshere talked about the top 5 career teammates. He said: "My first choice is Fabregas, then Cazorla, Rosicky, Rooney and Gerrard." 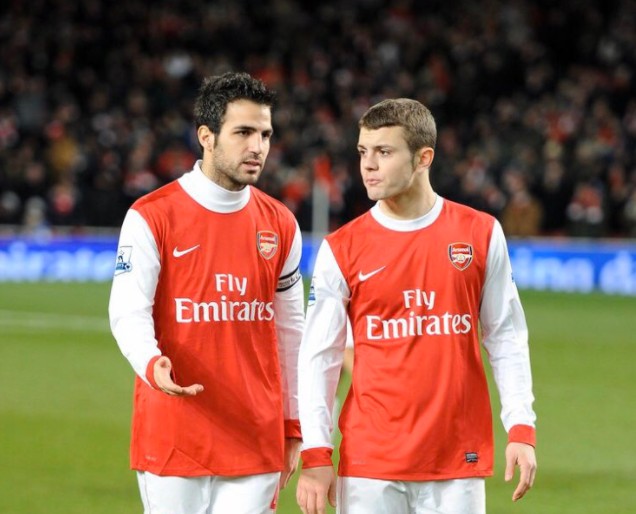 Wilshere said in the interview: "My first choice was simple. Before I joined the team, when I entered the locker room, he (Fàbregas) was great for me. He is the one that all youth academies look up to."

"When I walked into the locker room, he was the captain, he put his arm around me, he was really good."

"In the end, I entered the team and played next to him. I saw him control the game, creating 10 to 12 clear goals per game."

"As someone who is not so agile or strong, he is playing with his head. It is incredible."

"Then Cazorla showed up. He was a short and chubby guy. He really didn't care about it. He would eat what he wanted. Do what he wanted to do."

"When he is on the court, he is like a kid with a smile. We used to have a fixed position, and the old man said, ‘No, he can control the ball with his left foot without pulling the side.’ He is very special."

"It was very unlucky for Rosicky. He kept getting injured, but when he came back, it seemed that he had never left."

"Rooney has everything. I also have a Rooney jersey. When I was selected for the England team, he was also a member of the team."

"Not many players will run behind the defensive player from the 9th position."

"When I played with him, he was already a No. 4 player. I have never seen him like him, who can always control the ball steadily, never panicking or shaking."